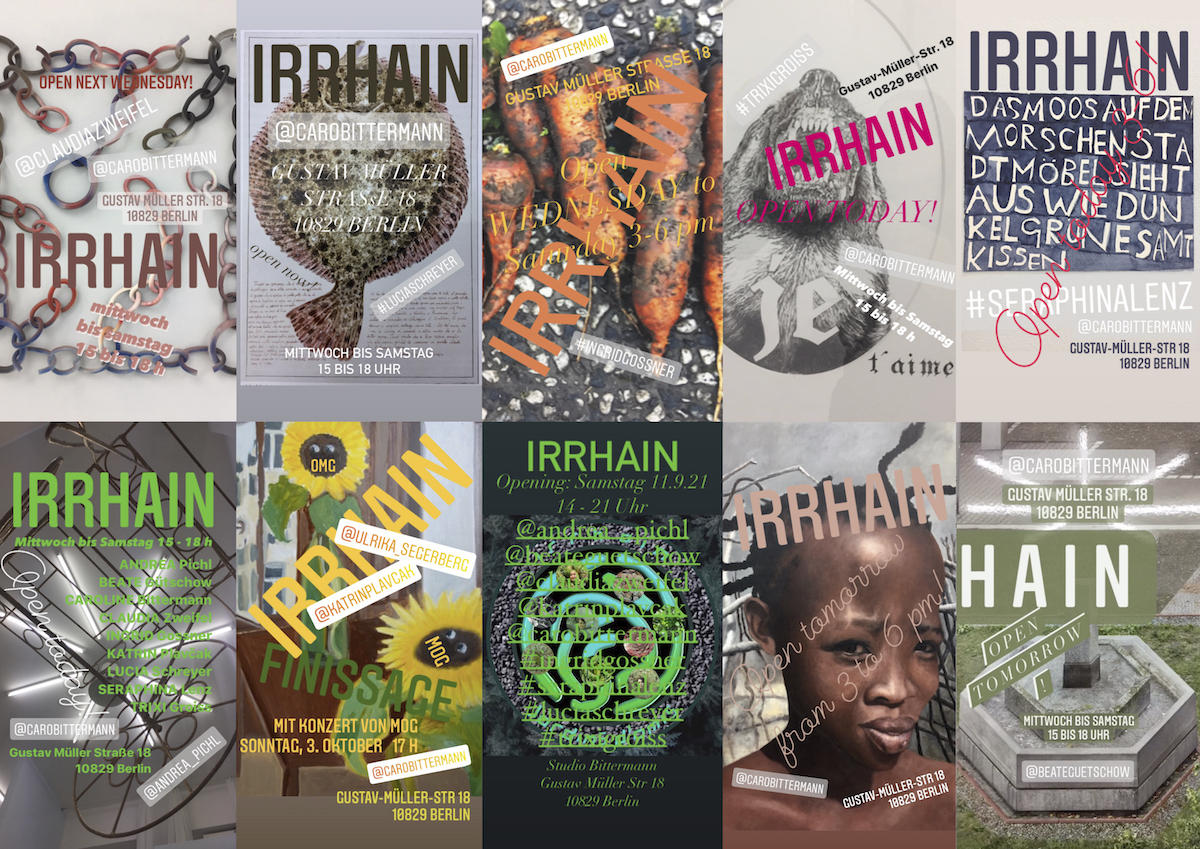 JARDINS D’AMIS – IRRHAIN
What do we want to accomplish together on earth? Pursuing this question is elementary in a good friendship. Friendship is the only social relationship based on real equality that can be sought and created without genetic coercion. Friendship cannot be controlled by the state. It is not subject to public laws. Nevertheless, it is not only private, but because of its real democratic essence, it is a political instrument that can achieve powerful results. It is the epitome of freedom in relational events (actually it should be: Liberté, Egalité, Amitié – freedom, equality, friendship).Friendship embodies openness, like art, but is at the same time of precarious fragility, since trust is its basis, and betrayal can quickly mean its end. Intentlessness must be equalized with intense balancing of closeness and distance. Free play and strict form are the decisive contrasts that constitute friendship. A differentiated culture of conversation, listening of the highest quality, respect and restraint are just as important as a soothing presence in all situations. Loyalty and tolerance, honesty and tact, discretion and independence, humor and taste are welcome moral companions in an attempt to define friendship – which, however, can always be seen as a contradiction in terms.Historically, friendship has had patriarchal connotations. Female friendship has long been as little appreciated in literary/artistic terms as lesbian love. Pushed back into the private sphere, the definition of women’s friendship has been reduced to the level of a coffee party. The absence of women in public life prevents serious descriptions of their relationships with each other. Only in the Romantic period do women prove the opposite in their letters. But, for example, in the history of painting of this epoch, in which the genre of the “friendship portrait” crystallizes, it is hard to find a female painter who portrays another female painter in an amicable manner, as her male colleagues then often do in Rome.Attributing an intellectual intrinsic value to women’s friendship and addressing it culturally is a recent phenomenon. An even more complex relationship than the general female friendship is the female artist friendship. It can be thought of as an “eutopia”, because the moral values described above are joined by an intensive artistic exchange, which is otherwise rather rare, and thus results in a complicity that expresses itself in many ways. Friendship is an Eu-Topos, because its dystopian counterpart would be enmity. The literal translation of Eu-Topos is “The Beautiful Place.” In the figurative sense, valuable things are sown there, which can germinate in secret, because they appear to be potentially future- and expandable.  In addition, it is not only here that friendship with all living things can be tested in general, but it is here in particular that the friendship of women artists can flourish, because beyond the loneliness of the studio, common ideas can be spun and projects implemented that can profit from the respective, often contradictory universes.   Friendships, however, have “danced” between these universes less than usual in the last one and a half years. They have been held up by pandemic obstacles. The quality of their social flexibility has been severely compromised. The dictatorship of viral events suddenly radically limited their otherwise “antityrannical” character, and the absence of friends became an existential threat of social life.These particular conditions have led me to reflect once again on the theme of friendship with an exhibition. This time I am pursuing the question: Which friendships have withstood the virus-induced abandonment of „dance“? Which relationships have grown precisely because of the spatial separation, not only emotionally, but also intellectually, even spiritually? How can these experiences be presented in a joint encounter in an exhibition?I gave the exhibition the title “IRRHAIN” because it not only echoes the garden theme of the “labyrinth”, but also what makes us human in contrast to artificial intelligence: erring, searching, doubting and the resulting subtle, constantly changing adaptability to complex, also emotionally challenging situations, such as the pandemic or climate change, often give us cause for concern, but also for hope.Friendship embodies one of these hopes. Together with eight artists/authors whose friendship means a great deal to me for very different reasons, the exhibition aims to provide a response to the experiences of the past months in Lockdown. Not only is it an inventory of the various forms of collaboration that have taken place over the past years, sometimes decades, but it is also a tribute to the resilience of our connections and the inspiration that has come from these relationships.

THROUGH THE TEAR
Trailer of a documentary by Bernard Giglio
Duration: 60′
Original in English

Written by Caroline Bittermann & Bernard Giglio
Production: Next Films
To be released in 2021
https://www.facebook.com/tttdoc

SYNOPSIS:
It is in a place known as the “Cradle of Humankind” near Johannesburg South Africa that Caroline Bittermann has been invited by the Nirox Foundation to add an artwork to their sculpture park permanent collection. The Artist has long been working with the concept of the historical English Landscape Garden, where ruins often had critical political impacts in expressing the rebellious opinions of the garden-owners.
The film looks through her garden sculpture titled “The Gate in Ruin” inspired by the SAN people, known to possibly carry the oldest DNA of the human species, and questions, in a dialogue between Art and Science, the limits of our humanity. This gate in ruin forms a word and is installed at the border between the pristine European looking landscape gardens of the Foundation and the African bush. The word SAN falls apart into three elements: a bench, a pyramid, and two columns. These elements are made out of natural stones, used burned bricks, dented corrugated sheets, rusty steel, and plants. The word SAN is also written on the ground inside the pyramid by the rising sun and gets smaller and smaller as sunlight travels through the day…
Thus begins a film dialogue between an artist and a range of scientists in the field of genetic research, anthropology, and archaeology around the discourse of the beginning of our civilisation and its meaning for our societies today. It visits the JU/‘HOANSI SAN people in Namibia where they are trying to preserve their language and way of life.
According to geneticist Himla Soodyall at Wits University in South Africa, the SAN carry some of the oldest DNA markers of modern humans. To affirm or oppose this theory, we sample and compare ⁄⁄uce N≠amce’s (a SAN woman) and Caroline Bittermann’s DNA with Himla Soodyall’s team at the Wits University research laboratory.  While the DNA comparison reveals its scientific undeniable truth, we also reflect on the SAN’s importance in the origin of art, nature-culture, and ritual communal behavior.
We are one species with overwhelming genetical similarities and insignificant differences. The film questions why our modern societies concentrate on our negligible morphological differences, the result of our permanent environmental adaptation, instead of embracing what makes us human.
Doesn’t the light that the artist shines on the SAN people cast a shadow on the concept of “race”?

Working with the idea of the historical English Landscape Garden, where ruins often had critical political impacts expressing the rebellious opinion of the garden-owners through architectonical representations of a “better past”, I have constructed an artificial ruin titled “Jardins d’amis – The Gate in Ruin (SAN)”.  Oscillating between a sculpture, a garden-architecture and text written on the ground, I am taking a wider perspective, though, going back to our origin, not only to the Western World’s origin, but to the “Cradle of Humankind”, in particular to our DNA and in consequence to the SAN people.  They are supposed to be the first branch of the human genealogical tree from which all other humans have spread over the globe.  My research of the SAN has led to a deepened understanding of the contradiction of their place as our genetic origin and the racist treatment of the few surviving SAN groups pushed to the Kalahari-Desert.

I emphasize these contradictions by writing” the word SAN in two different ways on the ground, with architecture and light, gaining and loosing its readability as the visitor and the sunlight are moving on. As for the architecture, its three letters S  A  N are built out of used construction-material, natural stones from the bush-land around and specific plants chosen by gardeners of the foundation (Michael Mlaula and others) who have helped to build the art-work. Their participation is part of the concept of the creation and they are invited to take care of the work and the plants now and in the future.

PISSING IN A RIVER. AGAIN!

Patti Smith’s “Pissing in a River – Watching it Rise” (1976) stands metaphorically for resistance and rebellion. To begin with, the lyrics refer directly to intensive feelings of inevitability, uncertainty and vulnerability, which the musician transforms through a provocative and self-determined act of strength and courage. In this way, making a break with societal conventions leads to the self-empowerment of the lyrical protagonist.In the framework of the exhibition project Pissing in a River. Again!, 31 contemporary female artists from various generations show works from a range of diverse media, including videos, sculptures, paintings, photographs, and performances. The works grapple with social questions in diverse ways. Attributes such as strength, independence and decisiveness – ostensibly associated with masculinity – are thematically appropriated by the exhibition’s female artists to take on other characteristics.This approach is also taken up in the spatial concept of the exhibition, which was likewise conceptualised by the artists Stephanie Kloss and Andrea Pichl: fragments of a roof structure made of black sailing rope connect all exhibition spaces and artistic positions. In between, the proposed colour Cool Down Pink is applied as a critical commentary: the rose tint has a calming effect and de-escalates the potential for aggression according to psychological studies. Meanwhile, it also refers to traditionally feminine gender roles and norms in which resistant behaviour is not allowed any space – and has instead long been associated with hysteria. Pissing in a River. Again! celebrates the diversity of contemporary female artists who position their work intensively and offensively in an art world still dominated by masculinity – or who directly challenge this. At the same time, the project brings together a selection of female artists of various generations, mostly living in Berlin. With the support of a diversity of methods and materials and an extensive programme of side events, the exhibition teases out the rules of feminine self-determination: provocative, humorous, loud, and strong.

ON HORTUS CONCLUSUS AND OTHER GARDENS...

With texts by Christine Heidemann and Lucia Schreyer